After the acquisition of ROVABU Software the Liquit team worked very hard on what has been named ‘Liquit Setup Commander’.

For those of you who are not familiar with ‘Setup Commander’, in a nutshell, it’s a ‘must have’ for every desktop administrator responsible for ‘packaging’.

Any setup stored either locally or available for download in our ‘Setup Store‘ can be processed: for non-MSI setups we provide the silent switches, for MSI setups we provide a Configuration Wizard which can be used to create a Microsoft Transform (MST) file. This saves you hours and hours trying to figure out how to configure and run an unattended deployment of a Windows application with the deployment system of your choice: ConfigMgr, Ivanti EPM, MDT, ZENworks, Quest KACE SMA, RES ONE Automation (now Ivanti Automation powered by RES).

For those who are familiar with ‘Setup Commander Professional Edition’, here’s a list of things which have been changed and updated in the upcoming version 3.0 due to be released with Liquit Workspace 3.0:

That was an obvious one. It’s all about ‘Liquit’ now and the ‘LiquiT Spirit‘ 🙂 Therefore the new name of the product is ‘Liquit Setup Commander’. Without the ‘edition’ extension. It uses the Liquit color scheme, a Liquit splash screen and Liquit related icons. 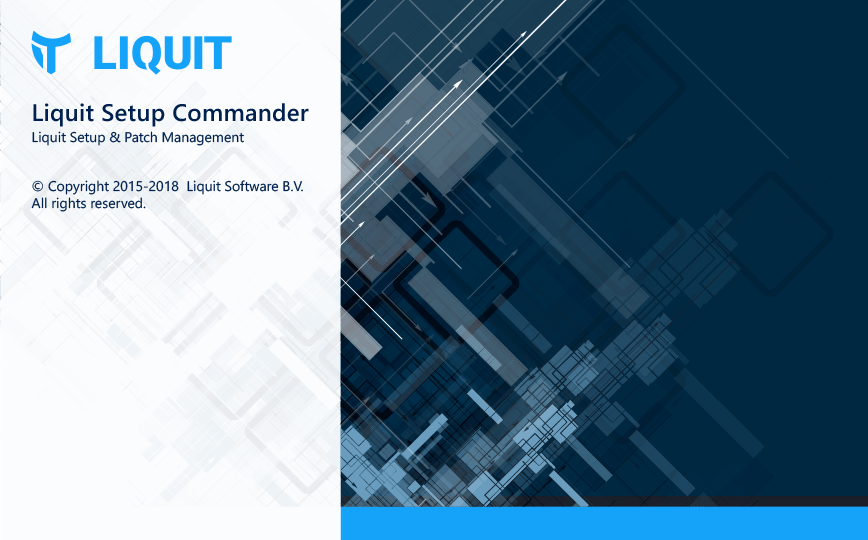 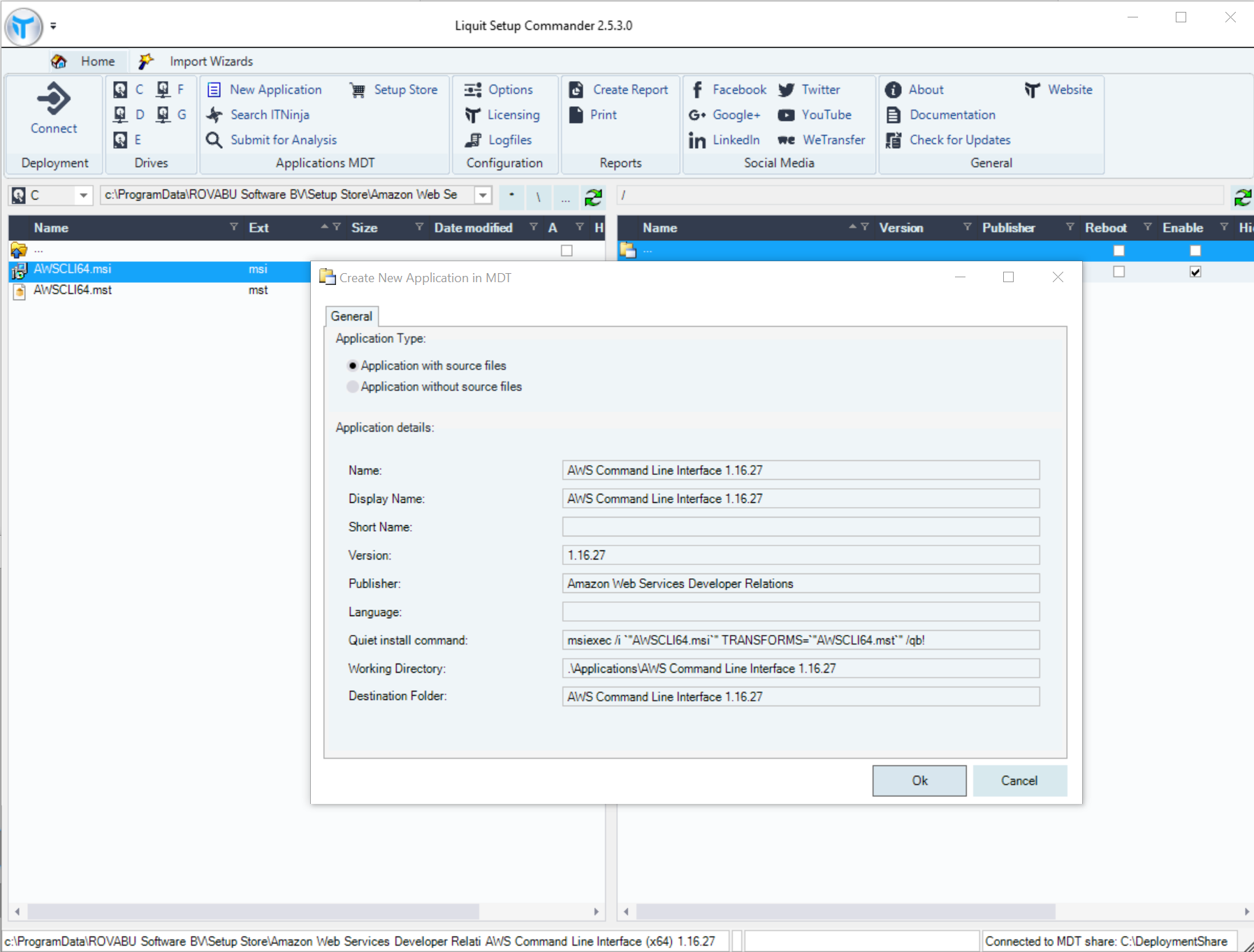 We’ve moved away from the ‘Administrator Guide’ in PDF format. The Liquit Setup Commander documentation and the release notes are now available online here.

The Setup Commander website now has the same look and fell as the Liquit website. Next year all of its content will be merged with https://www.liquit.com.

We’ve decided to drop the ‘Professional’ and ‘Standard’ editions in the product names. ‘Setup Commander Professional Edition has been renamed to ‘Liquit Setup Commander’. If you purchase a subscription, you’re entitled to use every available connector. Indeed, no ‘free edition’ anymore.

There’s one MSI setup now which installs both executables. In the ‘Connector’ screen ‘ZENworks Configuration Management’ has been added. This launches the ‘ZENworks connector’ to connect to your ZENworks zone: 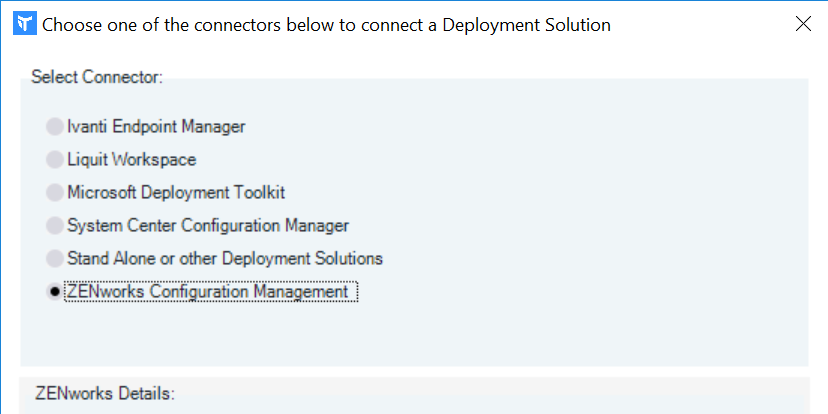 If you’ve purchased a subscription for ‘Liquit Setup Commander’, you’re able to use every ‘connector’ for the deployment system of choice.

The word ‘connector’ is something which is used in ‘Liquit Workspace’ to connect to other (deployment) systems as well. So we’ve aligned Liquit Workspace and Liquit Setup Commander using these terms. This means our ZENworks customers now also have the ability to use e.g. the Microsoft MDT and ConfigMgr connectors. 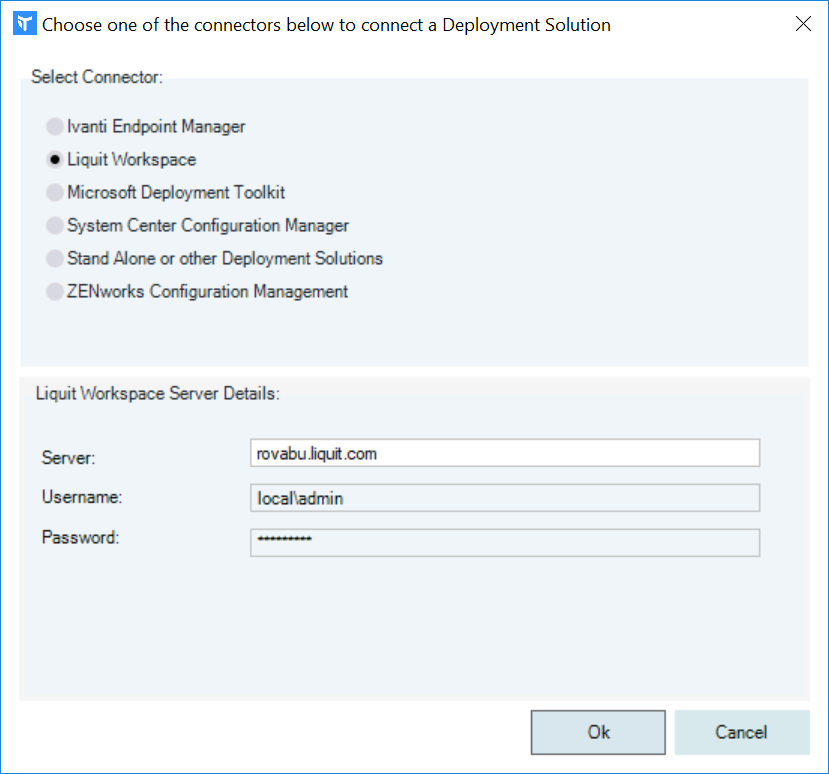 In the ‘Liquit Setup Store’ you’re able to find setups for popular applications like Adobe Flash Player, Java, Chrome, Firefox etc. Setups which can be downloaded for free from the vendor’s website.

But for ‘advanced’ applications like Adobe Acrobat DC, Office 365, MatLab or AutoCAD, applications which need to be purchased first and stored locally, ‘Liquit Setup Commander’ is the solution to use to easily create a ‘Package’ in Liquit Workspace. 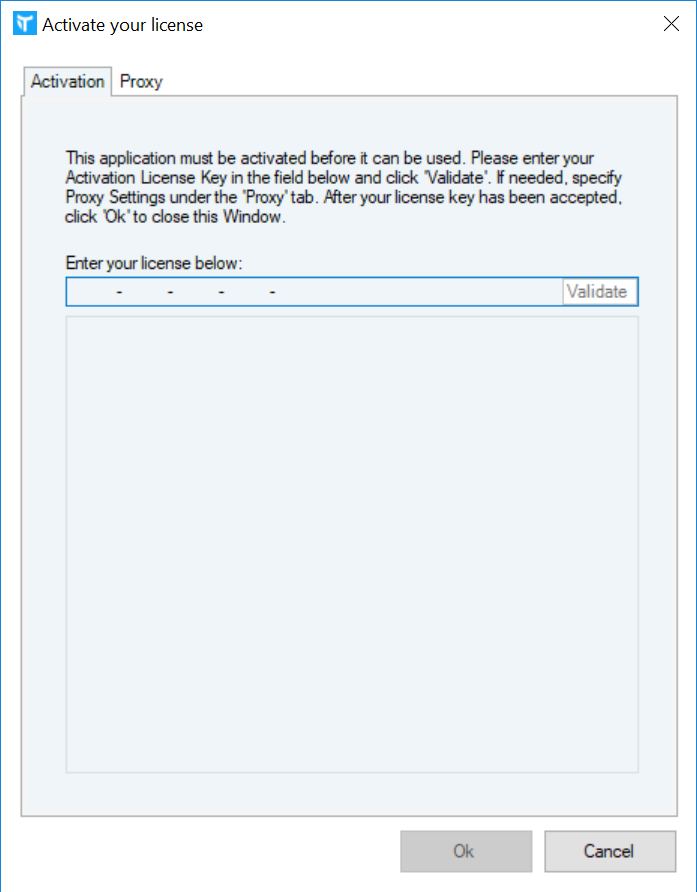 As an Ivanti ONE partner we’ve worked closely with the Ivanti I-EPM team on supporting Ivanti Endpoint Manager 2017.3 Update 3 and up. 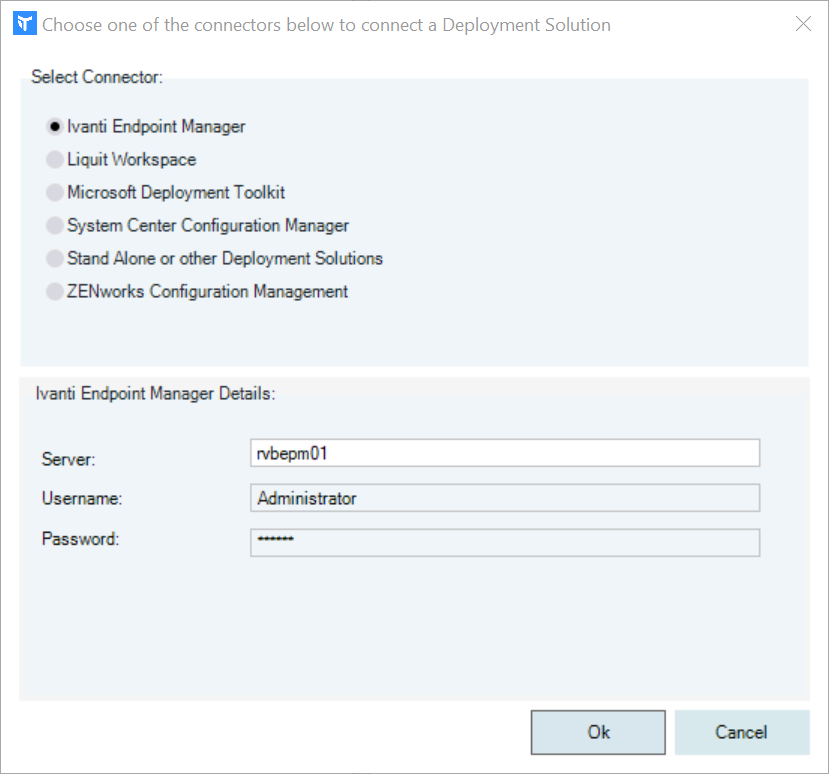